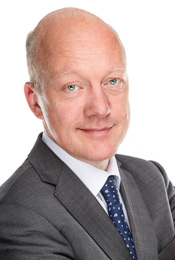 Michael founded Sectoral Asset Management with Jérôme Pfund in 2000. Prior to establishing Sectoral, Michael worked for two Swiss banks and, in 1993, joined Pictet & Cie in Geneva as a pharmaceutical analyst. From 1994 until October 2000, he was the Portfolio Manager of Pictet Fund-Biotech and head of the pharma analyst team.

Michael graduated in 1987 from the University of St.Gallen with an MBA in Finance and Economics. He obtained his CFA charter in 1996. In 1996, Michael co-founded the Swiss Society for Investment Professional, the Swiss local society of the CFA Institute.

Michael managed Sectoral’s biotech strategy from 2000 until 2014 and is currently responsible for the company’s public equity investment team and is a deal partner in Sectoral’s  late-stage VC team since its inception in 2008.